In this article we are going to talk about javascript promise and take a look at some use case and best practices.

In MDN Mozilla Documentation on javascript Promise, Promise is defined as "an object representing the eventual completion or failure of an asynchronous operation.".

Does that make sense ? Maybe not. So lets get technical with the explanation below.

A promise is an object which can be returned synchronously from a asynchronous function.

A promise is settled if it's not pending, that is, if it has been resolved or rejected. A promise continues to run as long as it have not been rejected.

Three things are mainly involved in a promise, resolve(), reject() and Pending.

You can look at resolve() as a onFulfilled() function which literary means it is fulfilled/completed.

reject() which is self explanatory, when it is rejected.

Pending means it have not been rejected or Fulfilled. You can look at it as seating on the fence, have not made a choice yet.

Sometimes you hear/read people use resolved or settled to actually mean the same thing. Which means it have been completed and not pending.

How about a little exercise to kind of show you how this works?.

The hold(3000) call will hold it's chill for 3000ms which is 3 seconds and then prints out "waited then now this". You use the .then() method that is used to pass handlers which can take the resolve or reject value instead of pending.

A standard for promises was defined by the Promise/A+ specification community. There are many implementations which conform to the standard, including the JavaScript standard ECMAScript promises.

Here is another simple example of a promise

We defined a new promise that takes two parameter, resolve and reject. Then we create two variables and assign some numbers to each of them. With an if statement to check if true or not, if true the resolve() gets called else the reject() gets called.

This get's called if the statement is true.

And this gets called if the statement is false.

Promise in javascript is like promise in real life. You promise something and then you resolve or reject that thing or you catch an error.

I hope this post helps you to understand Promise in javaScript, if so you can subscribe to my newsletter just below this post and be among the first to know when a new article is up.

if you need help in your web project, or need help with any other Javascript or web development in general, i'm available on Upwork.

Don't miss out on new articles from me. Get notified when a new article is published. 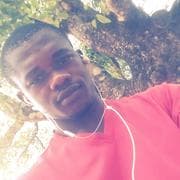 I am a pursuer of professional development, a lover of music, cybersecurity, and remote work. I have continued to enhance my career in software development by continuously learning some of the industry's best practices.